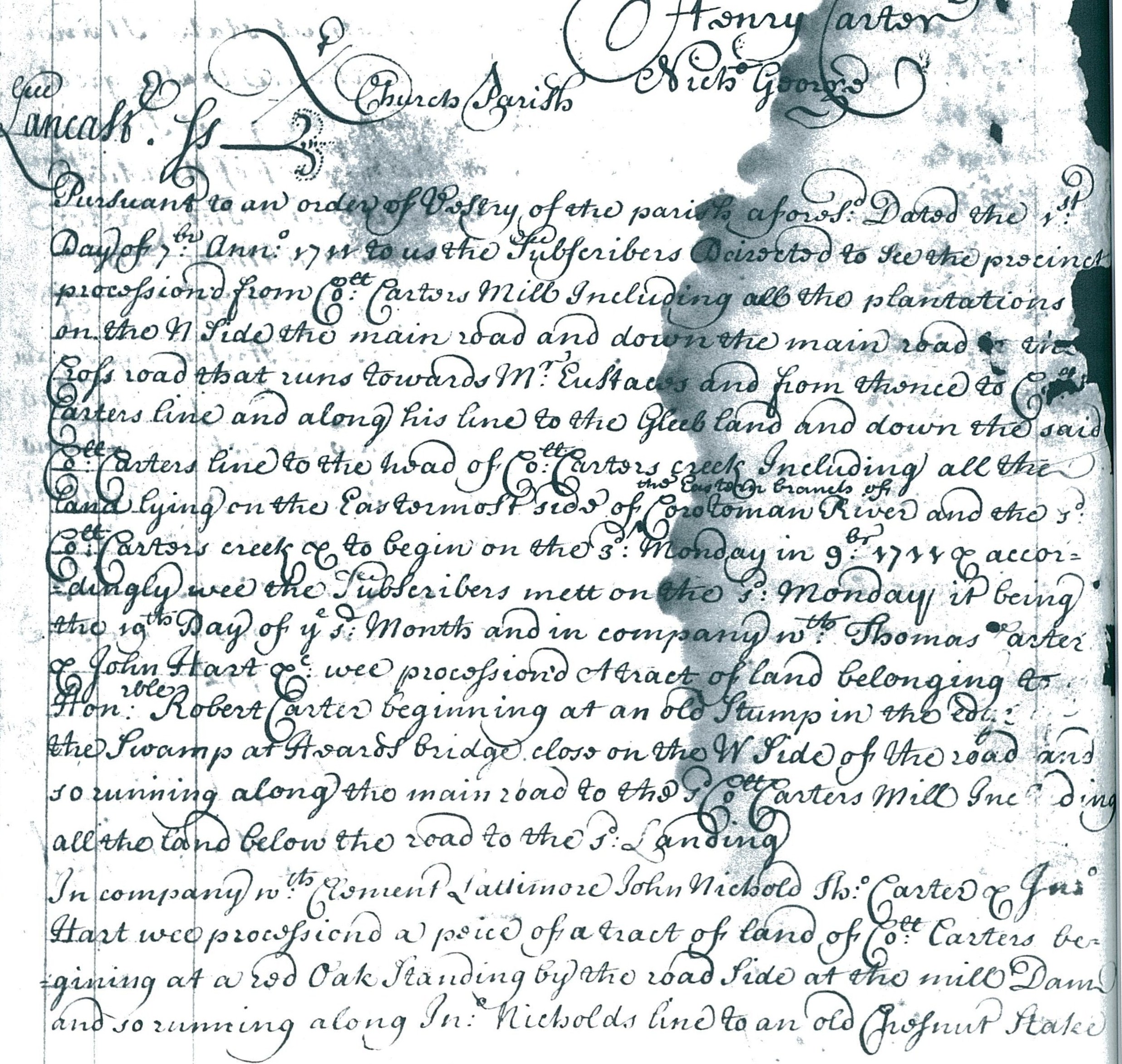 In 1705, the Virginia Assembly passed a law to replace a 1662 statute that had failed to stem the flood of lawsuits over property boundaries brought to the General Court. Like its predecessor, the new law required the vestries of every Church of England parish to walk and certify the boundaries of all its land owners every four years. But unlike the earlier law, the 1705 statute specified in great detail how the processionings were to be conducted and imposed heavy fines upon any party who failed to comply. Delays and disagreements led to the 1705 act being replaced by another in 1710, with the first processioning ordered for 1711.

Of the fewer than two dozen colonial Virginia parishes whose processioning records remain, the most complete are those of Christ Church Parish in Lancaster County. With two exceptions (1759 and 1763) the handwritten returns for seventeen processionings survive, from 1711 to 1783. The practice ended in 1786 with the disestablishment of the Church of England as the state church, for which all Virginians had been taxed. Its parishes then ceased to be the local administrative arm of the government.